Get e-book Unbelief: The Deadly Sin: Taking Back what the Enemy Has Stolen 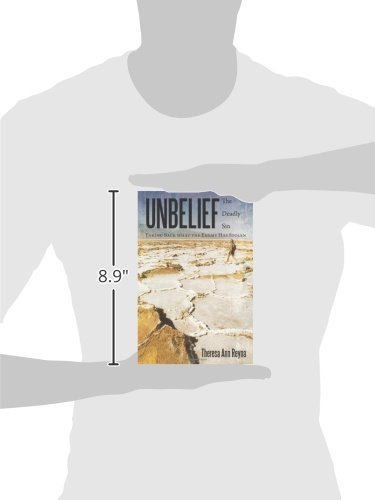 Therefore the Lord said: "Inasmuch as these people draw near with their mouths and honor Me with their lips, but they have removed their hearts far from Me, and their fear toward Me is taught by the commandment of men, therefore, behold, I will again do a marvelous work among this people, a marvelous work and a wonder….

Unbelief is a heart issue, and the day of exposure and judgment is coming soon; it will begin in the Body of Christ. Not only will the Lord expose the deep, hidden unbelief that is in our hearts, but the motives and intents buried in our hearts will also be revealed as the probing eyes of Jesus look deep into our souls. No more will the Lord tolerate a lukewarm, compromising Church, where the fear of Him has been greatly quenched because of the doctrines of men, and not the truth of His Word.

God desires a burning, red-hot, passionate relationship with His people, and He will do whatever it takes to bring us back to His heart of love. God is about to do a marvelous work in the midst of His people, and many, many souls will run back to Him in deep repentance. Many in the Church have been wandering in the desert of doubt and fear, but the Lord is saying: You have dwelt long enough at this mountain. Turn and take your journey… Deut. For too long the Church has been stagnant in her faith journey, and the Lord is telling us to press forward for all that He has promised to give us in His Word.


No more will He tolerate our fears, unbelief, and blatant sins. He is drawing a line of demarcation between the holy and the profane. God is looking for true, honest hearts that will surrender all. He needs warriors who will go forth into this dark and dying world, and who will give everything to win the lost. 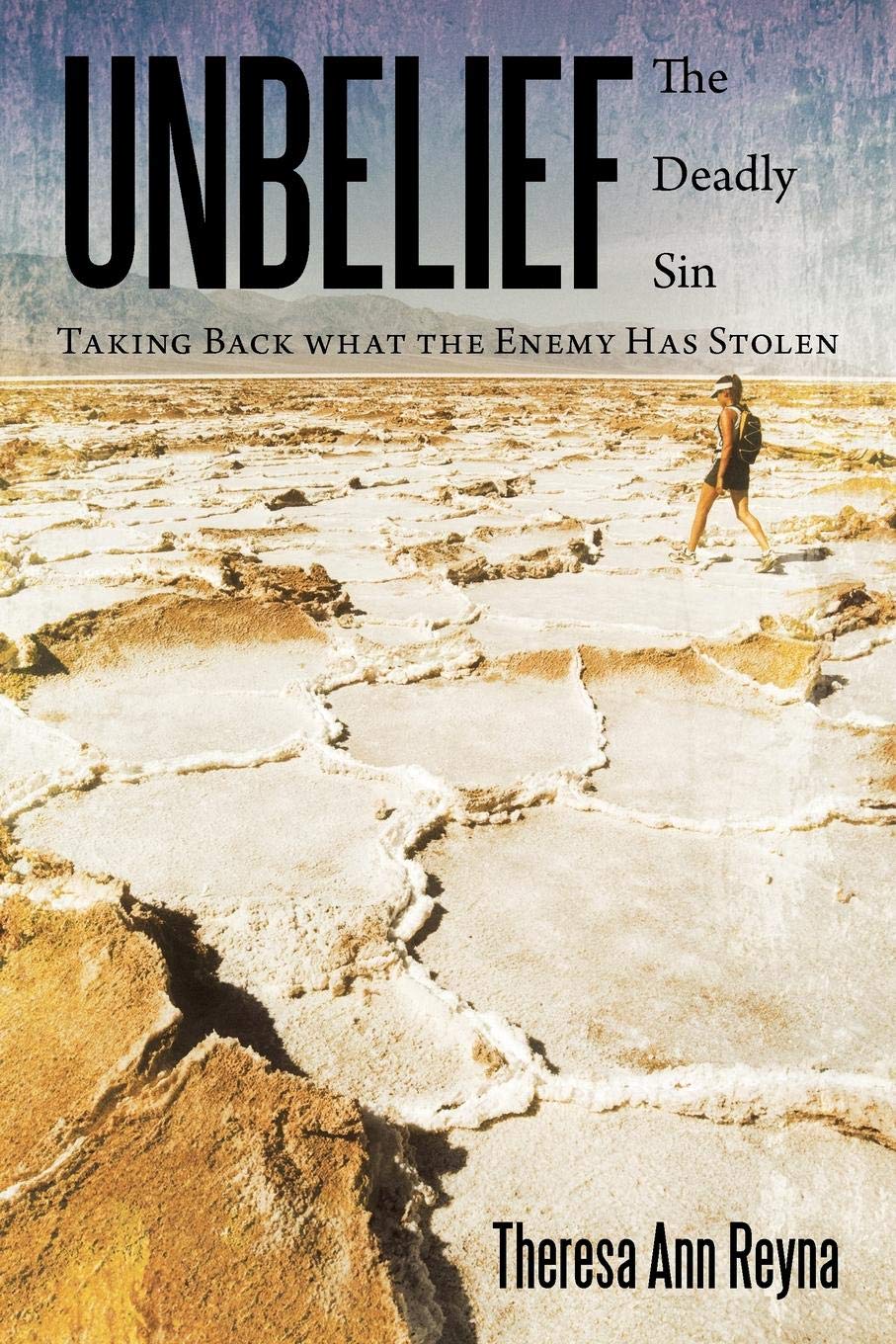 He is looking for faith-filled, true believers in this hour, who will not tolerate compromise or unbelief in their own hearts, and who will speak the truth in love to others. Unbelief, as we will see, was the first sin committed in the garden of Eden, and it is a root in the hearts of every one of us.

As our hearts are broken open; we will see how this sin has kept us in bondage for many years, just as it did the children of Israel in the wilderness for 40 years. It is time for us to trust the Lord implicitly, and to enter our promised land, which is the very fullness of Christ in us. See Colossians So many who are working in church ministries believe that they are pleasing the Lord, but they have not surrendered to the will of Christ.

They are walking in their own will and way, and their works are works of the flesh. Not everyone who says to Me, Lord, Lord, shall enter the kingdom of heaven, but He who does the will of My Father in heaven. Many will say to Me in that day, Lord, Lord, have we not prophesied in Your name, cast out demons in Your name, and done many wonders in Your name? And then I will declare to them, I never knew you; depart from Me, you who practice lawlessness!

Therefore whoever hears these sayings of Mine, and does them, I will liken him to a wise man who built his house on a rock. Many read this Word from Jesus, but they do not truly believe it or apply it to their lives. God is looking for surrendered souls who will pick up their cross and follow Him, but many are doing works in the Church that have not been ordained by Him.

They will walk in miracles, signs, and wonders in a measure this world has never seen. I believe that we can be this generation if we embrace our cross fully, and repent of the sin of disobedience and unbelief that has kept us bound for so long. We need His presence and power as we never have before if we are to walk in holiness and bring in this final harvest. We have doubted His love in our trials, and have not truly believed that He knows what is best for us. Families have been split through divorce, death, and devastating circumstances; many of us have felt abandoned and unloved deep in our hearts.

Many have continued to serve God outwardly, but God spoke this word to me, saying:. There is no sin that hurts Me more than unbelief. It is like a cancer in the soul that eats away the spiritual life of My children. It destroys their relationship with Me more than any other sin. It is like the marrow in a bone that if destroyed, brings only sickness and death.

Unbelief is a ravaging disease, and if it is not detected it can be a silent killer, as a cancer, or high blood pressure, or an infectious disease. Unbelief must be exposed—cut out—and it must be dealt with now quickly or many will perish in their unbelief! They do not truly believe that I love them. They read My Word; I speak to them, but so very little is penetrating their souls.

This is a journey from doubt to faith—from unbelief to radical faith! My earnest prayer is that everyone who reads this book will be set free from this insidious sin, and come to know the deep love of the heavenly Father as they are restored fully to His heart. I pray that the eyes of our hearts would be opened to receive all that He desires to pour into us in this hour! May it be so! Unbelief is sin. All sin, any sin—no matter how small—contains a seed that will eventually bring forth death. James , tells us that when one is tempted he can be drawn away by his own evil desire, and that when desire has conceived, it gives birth to sin; and sin, when it is full-grown, brings forth death.

Satan is the mastermind behind the lie that tells us that the Old Covenant truths and the law are not relevant in this hour.

The lessons we learn from the children of Israel are set for us in the Word as an example of what to avoid in our lives and the consequences of unbelief and disobedience; they were written for our admonition. See 1 Corinthians We can learn much from the journey of the children of Israel, and as we journey with them my prayer is that each one of us will find ourselves in them. Many say: If I had been there, I would have believed God after witnessing all the signs and wonders that they saw! I ask that you dismiss all your preconceived ideas and open your hearts as we explore the Scriptures together, for I believe that each one of us will begin to see areas of unbelief and darkness in our hearts.

The Holy Spirit will pinpoint hidden areas deep within our souls that we have not seen before as His Word brings light and understanding to us. I believe with all my heart that this sin lurks deep in the souls of a multitude of Christians. As the love of money is a root of all kinds of evil, so, too, is unbelief a root of a multitude of sins 1 Tim. As we begin this journey, we see that everything was blissful when the Lord created Adam and Eve. The garden of Eden was a garden of delight with unbroken communion and intimacy with their Creator God. God walked with them and talked with them, and their hearts were filled with love and joy.

God gave them dominion and authority over all the earth, and over every creeping thing: over the birds of the air, and over the fish in the sea. They walked in perfect obedience with the Lord. They were to fill the earth and subdue it as they ruled and reigned with their Creator; their authority and dominion was to spread over the whole earth. See Genesis , , Freedom and love ruled their lives as they lived in joyous abandonment to the Lord.

Taking Back What the Enemy Has Stolen

Their mind, will, and emotions were fully controlled by the Spirit of God. They did not even know the meaning of fear and shame—until sin entered in.

In Genesis , we see that Eve knew she was not to eat from the tree of the knowledge of good and evil that was in the midst of the garden. For God knows that in the day you eat of it your eyes will be opened and you will be like God, knowing good and evil.

See Romans She doubted the perfect love of God and took the bait that Satan offered her. When Adam and Eve ate of this tree they died spiritually, and eventually they would die physically. Their spirit-man died, and they would walk and be ruled by their natural reasoning and their own will, and they would live in deep emotional pain. Their lives were now lived independently; no more were they fully dependent on the Lord. They felt shame, grief, turmoil, and a fear and insecurity that they had never known.

Sin had set its destructive course in their lives, and this seed of sin would now be passed down to all mankind. Because of their disobedience, the power and authority that God gave them was handed over to Satan; these powerful keys were forfeited. See Luke God sent them out of the garden of Eden and placed cherubim at the east of the garden, and a flaming sword which turned every way to guard the tree of life.

See Genesis You see, if they would have eaten from the tree of life after they had sinned, they would have forever lived in that unholy state. God in His mercy protected them and us from eternal destruction, for He had a plan that would redeem us from this deadly curse of sin and restore us back into fellowship with the Father. See John God chastises us in order to free us from sin, but many do not believe that God has His best interest in mind for them when they suffer; they do not believe that God desires to bless them.

Satan takes the truth and twists it to his advantage, and he will use seeds of doubt to turn our hearts from our loving Father. He will use past rejections and wounds as an entrance into our hearts in order to cause us to doubt the perfect love of Jesus. And Jesus rebuked the demon, and it came out of him; for the child was cured from that very hour. Then the disciples came to Jesus privately and said, Why could we not cast it out?

So Jesus said to them, Because of your unbelief…. Later He appeared to the eleven as they sat at the table; and He rebuked their unbelief and hardness of heart, because they did not believe those who had seen Him after He had risen. Unbelief shuts the power of God out of our hearts and lives.


So many in the church have a form of godliness, but they deny its power.