King's books and short stories quickly became hit movies, many of them celebrated in their time, and some flopped so hard that hardly anybody remembers them. Cataloguing every adaptation might be a fool's errand, so we made some tough choices and decided to focus only on his theatrical releases. And even then, there are so many King adaptations that it gets tricky. The sequels to King's work rarely have anything to do with the source material, so they're all disqualified even though some, like Larry Cohen's prescient anti-fascist monster drama "A Return to Salem's Lot," are genuinely interesting.

We also cut King some slack and removed "The Lawnmower Man" from our watch list, since he fought to have his own name removed from the film and won. There are also some adaptations that are simply difficult to find in America, like the Indian adaptions of "Misery" and "Quitter's, Inc.

We promise we tried. Even with all those caveats we felt one particular film deserved a quasi-official, honorable mention. Before we rank into every theatrically-released Stephen King adaptation let's give out one honorable mention Darkly humorous and surprisingly gross, it's definitely the highlight of this anthology -- although the other installments aren't half-bad. It's a tonally scatterbrained, shrieking, overacted mess of a movie. Too bizarre to feel real, too abrasive to work as camp, "The Mangler" is about as bad as a Stephen King movie can get.

Jackson are two of the only people in the world who weren't talking on their cell phone when a weird psychic zombie virus was unleashed through all the earpieces. The concept was already outdated by the time "Cell" barely came to theaters -- we all know everyone would be texting nowadays -- but the film's weak characters, laughable mythology and bizarre finale are the real reasons why this adaptation flops.

But while her husband is off on one of his many business trips, Allen discovers that he's actually a serial killer. Essentially a dramatic two-hander, Allen and LaPaglia have a few great moments as they find their marriage going through unexpected changes, but Peter Askin's generic direction neutralizes most of the suspense, and the storyline peaks early and quickly fizzles out.

It's not terrible; it's just dull. Sadly, like his character, he can't quite get away with it. But at least it's got Brad Dourif, playing a fascinatingly intense exterminator who steals every single scene he can find. Scott play the sinister men who want to kidnap her and exploit her abilities.

It starts well, but the movie loses focus for most of the second act before picking up again with a genuinely explosive climactic battle. Naturally, no one believes him, and naturally, he's right.

Gary Busey shines as Haim's miscreant uncle, and Everett McGill is tragic and scary as a cursed priest, but "Silver Bullet's" subpar production values and completely unconvincing monster effects drag down this otherwise likable film. Linda Hamilton and Peter Horton make little impression as our heroes, but at least John Franklin and Courtney Gains are scary as hell as the teen cult villains.

Bryan Singer's bleak coming-of-age drama stars Brad Renfro as a teenager who cons a fugitive Nazi, played by Ian McKellen, into revealing his darkest secrets, and the relationship they form is unwholesome to the extreme. It's undeniably scary, and Renfro and McKellen give great performances, but almost every scene in this film seems reminiscent of the accusations against Singer accusations, so it's still incredibly hard to get through.

It's too absurd to take seriously, but if you get on this film's bonkers wavelength, it's undeniably amusing. Cheesy and lurid, with very questionable visual effects and storytelling choices, but at least Mick Garris' film is never boring. Tom Taylor plays a youngster who stumbles into a timeless battle between good and evil, represented by the heroic Roland Deschain Idris Elba and the villainous Walter Padick Matthew McConaughey.

The CGI action and rushed storyline are pure Hollywood hackery, but Elba is so incredibly charismatic that the film is watchable -- disposable, but watchable -- anyway.


But at feature length, this material feels pretty skimpy. Johnny Depp stars as a troubled, struggling, once-popular artist, accused of plagiarism by a mysterious stalker played by Jon Turturro. David Koepp's adaptation of "Secret Window, Secret Garden" is relatively slick and suspenseful, but it's difficult to watch a film about Depp threatening his wife and losing his mind without mentally sidestepping into some unsettling and distracting territory.

Romero's horror franchise, this time directed by Michael Gornick, is more of a mixed bag than the original, with the conventional vengeful statue yarn "Old Chief Wooden Head" completely failing to pass muster. Fortunately, the slime monster short "The Raft" makes up for it, and road-trip ghost story "The Hitch-Hiker" concludes "Creepshow 2" on an amusingly grim note. Both actors make the most of their roles, with Moore in particular having a wild time.

However, this respectable but unremarkable remake never quite feels as raw and frightening as the original. Her widower curses him to get "thinner," every single day, until he wastes away into nothingness. Tom Holland's film is a nasty piece of work that plays more like a cruel joke than a feature film. But as cruel jokes go, it's a good one. Terrorized by vehicles and vending machines, they're forced to fuel the trucks, and it's just about as ridiculous as it sounds. The action is entertainingly bizarre, and iconic game show host Richard Dawson plays a fantastically evil version of himself.

It's an effective media satire and a ripping sci-fi thriller. Director Andy Muschietti knows how to build a great scare, and "It Chapter Two" has some doozies, but the conclusion of this horror epic falls prey to tedious mythologizing and a flashback structure that treats the adult Losers like afterthoughts in their own story.

jenkins.devops.indosystem.com/7911-what-is.php It's a disappointing conclusion to the instant classic "Chapter One. Scott Hicks's coming-of-age film is slight, frequently to a fault, but the performances by Yelchin and Hopkins and Hope Davis as Yelchin's self-obsessed mother are so rich and excellent that "Hearts in Atlantis" makes a strong impression anyway. Directed by Vincenzo Natali, who previously made a simple geometric shape seem terrifying in "Cube," this adaptation of a novella by King and his son, Joe Hill, excels at transforming everyday vegetation into the stuff of nightmares.

The plot gets bizarre, and eventually flies off the rails, but "In the Tall Grass" stays riveting regardless. In the Tall Grass A little boy calls for help inside a field of grass, prompting a brother and sister to search for him and get hopelessly lost inside a verdant labyrinth of violence and fear. Express Media is delighted to present Making Tracks : a travelling pop-up workshop series and zine publication aimed at developing the work of young writers in Australia. Over four workshops every fortnight, 10 young writers will meet with an Express Media writer and editor to hone their writing skills and workshop a piece for publication.

With two hours set aside for each workshop, the first hour will be reserved for teaching writing fundamentals including structure, tone, ethics and editing, and the second hour will be used to develop their own work.

They will learn how to work with an editor and also edit their own writing in preparation for publication in Making Tracks , an Express Media zine sharing stories from young people living in Australia. This workshop series provides opportunity for emerging writers to workshop their writing, create and nourish a local youth writing community and a direct avenue to getting their work published. Following the workshop series, each participant has a week to submit their work to Express Media ready for publication. 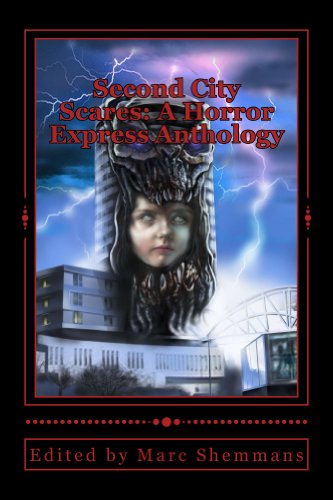